When I fill out medical forms that ask me for Connor’s diagnoses, I write tuberous sclerosis complex, epilepsy and developmental delay. As of Friday, I will now write autism

When Connor was first diagnosed and we read all the possibilities that could possibly come with TSC, autism terrified me the most. I really didn’t understand it. I’d worked with kids with varying degrees of autism in the classroom, some of whom I was not remotely equipped or provided the training to work with and others that were favorites of mine. But I was terrified of the word. I thought that if the day came that we received that diagnosis, I would jump out of a window.

I can’t say it came as a total surprise. I refer to some of Connor’s behaviors as “quirks.” I guess I was just hoping they could stay “quirks” and not become a diagnosis.

We went to Boston for his two-year visit with the TSC study. It was a low key visit since Chris and I had both caught Connor’s cold from the week before and were not particularly energetic (and why I didn’t get in touch, Ann–we’ll be back next Feb!). We also had an appointment with the Boston TSC Clinic. Even though I suspected deep down that this day was coming, I didn’t actually realize it would be Friday. The study had sent his results from the autism scale given the day before to the doctor. The words “Connor has autism” were never actually spoken. We were discussing some of his behaviors and suddenly we were talking about therapy options in addition to what he already receives. An education specialist was brought in so she could help us find local resources and I found myself saying, “So this is it? Is this an official diagnosis?” It was. But the sooner the better and we now move forward.

We also finally got a little more detail on his MRI. It wasn’t as specific as I was hoping for, but we do now know his brain has somewhere around 20-30 tubers, probably closer to 20. They are scattered throughout. I thought he had two SENs in the ventricles of the brain, but he actually has three. However, they are so small that they are nowhere near being classified as a SEGA (which can block fluid in the brain and require either surgical intervention or use of Afinitor or Rapamune) and therefore aren’t currently an issue (and hopefully never will be).

I’m sad that we only have one visit left with the Boston study. I really enjoy going up there. I think I could actually live in that city in spite of the cold and that says A LOT. I was really touched by the fact that while we were there, non-stop coverage was being given to the deaths of two firefighters and who they were. It gave the city a close knit feeling and reflected a genuine interest in the loss of two heroes. It’s not something I’ve ever seen in the 20+ years I’ve been in Atlanta, where we just get the 6 p.m. death count.

These are the only photos I took which tells you how off I was this trip. 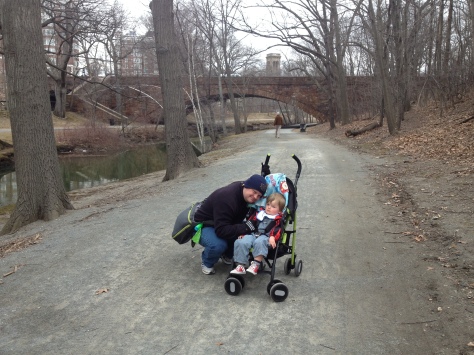 6 thoughts on “A New Diagnosis”