Two years ago at this time I had no idea how much my life was about to change. I mean, I had some idea considering I gave birth just a few hours prior after a spectacular epidural after checking in the night before to be induced as a precaution related to findings on the ultrasound.

Right now, two years ago around noon, Connor was off being checked out. He was having the ordinary newborn exams, but he also had a cardiac exam by a specialist due the abnormalities found in his heart ten weeks earlier. They had never grown or become problematic, so by the time ten weeks went by, Chris and I thought it was some flukey thing that would require monitoring, but nothing more.

I did not know that in a few hours Connor would begin seizing, or that he wouldn’t go home for 37 more days.

I did not know we would be returning for brain surgery in four months.

I did not know he would develop infantile spasms in five months.

I did not know he would be developmentally delayed.

I did not know that as I had walked around for the first 30 weeks thinking, “lucky me! No morning sickness!” that chromosome 16 had mutated right away resulting in the later development of heart rhabodomyomas and brain tubers.

I did not know what tuberous sclerosis complex was.

What I know now is that Connor is awesome and funny, loves books and is the coolest, most adorable two-year-old on Earth. 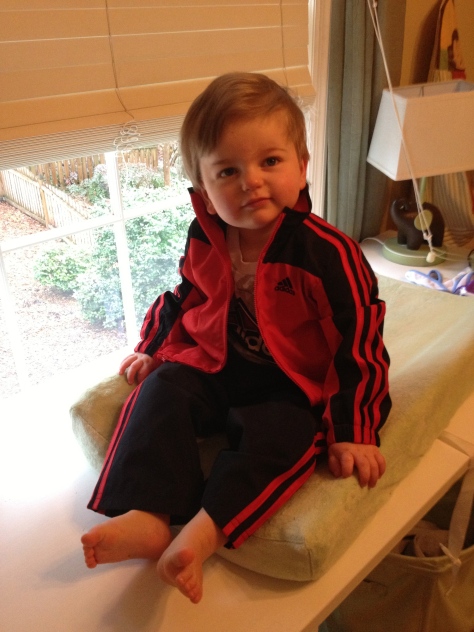