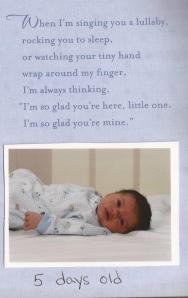 Zander was born June 25th, 2004.  He was 8 lbs 13 1/2 oz and 20 inches long.  He seemed healthy and happy.  We were so excited he was finally here since he made us wait an extra 10 days to arrive!  In the first week of being home, he was down to 8 lbs., and we had to feed him through a syringe and a dropper until he was strong enough to suck on his own. Within the next few days, Zander gained all his weight back and he was healthy again.  A few months later, Zander started dropping his head into his arms when he was in his johnny jump up. My sister and closest friend KNEW he was having seizures and told me to make a doctor appointment, I thought he was just playing, but we took him to the doctor just to be sure.  On November 30th, we met with a neurologist.  We told him about Zanders episodes and that my husband Jamison had a disorder called Tuberous Sclerosis. We were worried Zander could have this too.  The doctor told us to come back in the morning for more tests and a sleep study. That next day was one of the worst days of our lives. Zander was diagnosed with Tuberous Sclerosis and infantile spasms.  My world came crashing down, but I believe that the baby you have is the baby you are DESTINED to have. Zander was meant to be my child, and I was meant to be his mom. Over the next few days, we learned Zander had been born with Tuberous Sclerosis.  He had tumors on his brain and heart, lesions on his eyes and kidneys, angiofibromas on his face and ash leaf spots on his body. This rare disorder happens in only 1 of 6,000 live births. I was devastated thinking I did this to my baby! The medicine we needed to treat Zander was NOT FDA-approved in the United States yet, so we had to order it from Canada.  As Zander grew, so did his 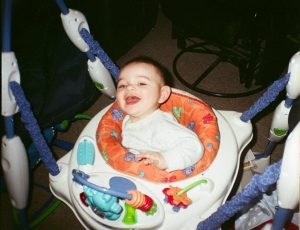 seizures.  They became harder to control and more aggressive.  The damage from the infantile spasms and seizures caused delays in Zander’s development.  Despite all of this, Zander had this amazing spirit, and we celebrated everything he was able to accomplish.  He said his first word at 11 months old.  He started walking at 2 1/2, just in time to go trick-or-treating with me, hand-in-hand!!!! He started school at age three, and by this time he was having 5 to 10 seizures each day.  He was on three seizure medicines and one emergency medicine.  After one especially hard day, I called a friend for support, and she suggested that I take Z to see a chiropractor.  She knew of a great lady with a gentle touch, and that I should just give her a try and see what I thought. I had been so worried about taking him to the chiropractor since he was so little but I was desperate and didn’t want him to get worse. I was ready to try anything! Zander started going to the chiropractor three times a week for a whole month of September 2008 straight. At the end of that month, Z had a huge seizure. When I called the doctor they said he was toxic (He was toxic because the adjustments got his body aligned and his blood flowing correctly to the brain). It was too much medicine flowing through his body) and we needed to take him off two medicines all together and reduced the other one by half!!!! It was AMAZING! I couldn’t BELIEVE we were taking him OFF medicines and not adding more!! Zander then was seizure-free from Oct 2008 until June 2010. 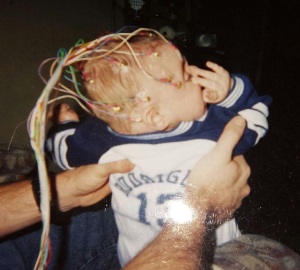 In June 2010 my husbands job transferred us from Wisconsin to Texas. I was lucky enough to find the Texas Scottish Rite Hospital right away a few months before we moved here. The TSC clinic has been such a blessing to our family. We had to find a new chiropractor though, and we were lucky enough to find the perfect one on the second attempt. After we found Dr. Eric Alvarado in Arlington, Z started to be seizure free again about January 2011!!! He has only had about 15 seizures in the last 4 years. He is only having them when he is overheated or when we travel more than ten hours straight. As he continues to grow, we are reminded every day what a strong and amazing young man he is and what a blessing he has been in our lives.  Zander still struggles everyday with controlling his behavior, physical activity and academics. So, when he turned 7 (2011), we decided to submit him to the Make-A-Wish Foundation.  We were hoping for some relief and to be able to do something fun! Zander was so excited he picked out two wishes just in case they weren’t able to grant the first one! He wished to be a Zookeeper and his second wish was to be paleontologist!!! When his wish granters came over, they made an instant friend when they gave him a huge dinosaur and cupcakes!  They were so great and kind with him.  Since Zander 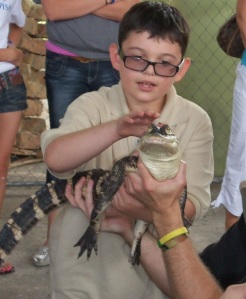 had been approved to receive a wish, Make-A-Wish has included Zander in every activity they have for his age group. We stopped by the Fort Worth office and Zander received a huge warm welcome and even more gifts. We went to Brooks Brothers to get fitted for suits for the Make-a-Wish Gala event and he received even more gifts and treats. They were all so sweet and accommodating to our family. Zander has truly been treated like a king and I’m so overwhelmed with gratitude for everyone at the North Texas chapter of the Make-A-Wish Foundation!!! Then May 26th 2012 was Wish Day!!!! They Took
him on an AMAZING scavenger hunt and then topped the rest of the day off at the Dallas Zoo!!After his Wish things went back to normal for a while. He was doing well, no seizures, behavior wasn’t too bad, and life was good. Then March 24, 2013 our world was turned upside down. My mother passed away unexpectedly. This was horrible for Z; he was very close to my mom. He stopped sleeping, stopped eating, started have bad behaviors. I did everything I could think of to help him: therapy, let him sleep with me with out arguing, went to two hospitals. Then we got him on new behavior medicine which ended up with him being suicidal. It was the worst year ever. Finally we got him off those medicines and into more therapy and with some healing he is doing better. His seizures are controlled with weekly chiropractic adjustments and seizure meds. I am thankful my son is alive and well today!! 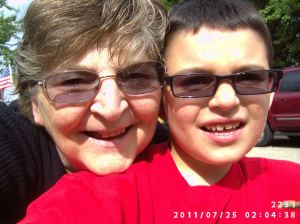