Two and half years ago one of my biggest dreams had come true; I was so happy and extremely proud when my healthy and beautiful baby boy was born.  My husband and I had been waiting and preparing the best we could for this exact moment for a long time and we were finally ready.  My baby was perfect; beautiful, big, had a full head of hair already, had 10 fingers and toes, and alert from the first moment we met.

This being our first baby it took us a while to understand each other’s needs as I recovered from my Cesarian section and immediately started breast feeding, but within a few weeks we were perfectly in sync and in pure bliss.  Being a mom was amazing and I immediately knew why I was put on this earth; to be Keenan’s mommy.  When I look back at those first few weeks, the only clue we had that our life would soon be shocked to the core was a white spot/ birthmark on his knee that our pediatrician had waved off as no big deal.  We quickly began the newborn pattern of the day filled with eating, sleeping, and pooping; we thought everything was perfectly normal.

Where our story is slightly different then a lot of others lies within the next 18 months.  We lived the next 18 months as a normal, healthy, happy new family.  Keenan hit milestones on time and was a constant thrill to watch him cognitively advance and become a little person.  We were doing perfect and beginning to plan for a sibling for Keenan in the future.  Then at 19 months old Keenan spiked his first high fever which caused a “febrile seizure.”  Witnessing that was what I thought would be the scariest moment of my life. We called 911, had our first ambulance ride, and by the time we got to the hospital everything had settled down.  We were told Keenan had just had a febrile seizure which was explained to us as

“no big deal” and “some kids are just susceptible to this, but they eventually grow out of it.”  Next time, “just remain calm, then when it stops bring him in afterward”, “they can last up to 15 minutes, but just try to remain calm.”  We were told this is common (we even saw another baby come in after a febrile seizure while we were there), we were told how to avoid fever spikes and seizures in the future with high doses of Advil and Tylenol, and then sent home.  Proud of how my husband and I handled this emergency and what we thought might be our biggest challenge, we went on with our lives.  I researched what I could and tried not to worry too much, till six weeks later when Keenan had another fever.  With this fever I was ready with alarms for meds throughout the night but didn’t need them because I didn’t sleep at all and just watched him through the night like a hawk.  He had made it through the night without a problem so I went to work in the morning and left Keenan in my husband’s capable hands.

I’ll never forget at 10 am when I was finally able to check my cell phone and saw that I had five missed calls from my husband.  Listening to the voicemails confirmed my worst fears, I could hear my husband saying, “it’s ok Keenan, daddy’s here.”  My heart dropped because I knew Keenan was having a seizure.  I called my husband quickly to find out what hospital to meet him at, and to my surprise he hadn’t called 911 yet, now realizing he was following the ER doctors instructions and he was following perfectly, “waiting it out.”  My mama gut came screaming out and told him to call 911, and he did.  When the paramedics had arrived he had been seizing for over 20 minutes and they had to sedate him to stop the seizure.  Looking back, our first mistake was listening to the ER doctor. My son had experienced a status event. 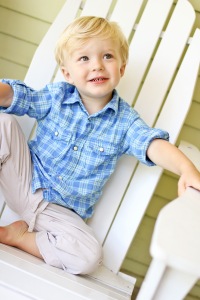 After a few hours of my son lying lifelessly in the ER, he started to struggle to open his eyes and make sense of his situation.  Quickly we noticed that he could not move his entire left side or even move his eyes to the left even when I called him.  We were scared to death and a CAT scan was done on his brain right away.  Within 15 min they told us that he had a brain tumor and multiple “lesions” on his brain, and they told us he had something we had never heard of, Tuberous Sclerosis.  I didn’t hear anything from that moment on even though I saw the doctor’s mouth moving, except then I heard “there is no cure.”

We sat in shock for the next two weeks, researching what we could (but the internet scared us to death) and making many specialist doctor appointments.  We heard many grim possibilities, but the scariest we heard was that “how this disease will affect your son can not be predicted” and it’s all about dealing with one symptom at a time as they pop up for the rest of his life.  Keenan also has been diagnosed with polycystic kidney disease, has a “medium burden” of tubers in his brain, one SEGA, and multiple nodules.  We now sit in the unknown trying to cherish every moment because we have no idea what the future will bring.

Coming up on 1 year since Keenan’s diagnosis we have gone through three different anti-seizure meds trying to control his 4-20 seizures a day without any success, we have faced the tremendous life changing decision to make to try brain surgery on our 2 and a half year old son to try to stop the seizures, Keenan has to have MRI’s every 6 months on his brain and abdomen to watch the multiple tumors and cysts on his kidneys, and blood work every 3 months.  Everything and all his tumors have to be monitored to decide when the next major decision has to be made.

Sometimes we feel like we are just waiting for the next bomb to drop, but we have learned so much in this past year.  The major lesson we’ve learned is to prepare for the future but live in the moment: whether it be good or bad it won’t last long.  So cherish the good times and live them to the fullest! 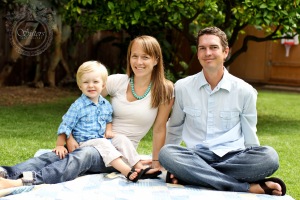 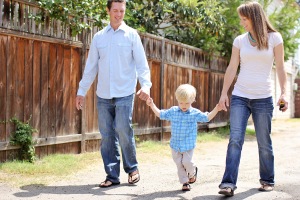 One thought on “I didn’t hear anything from that moment on even though I saw the doctor’s mouth moving, except “there is no cure.””