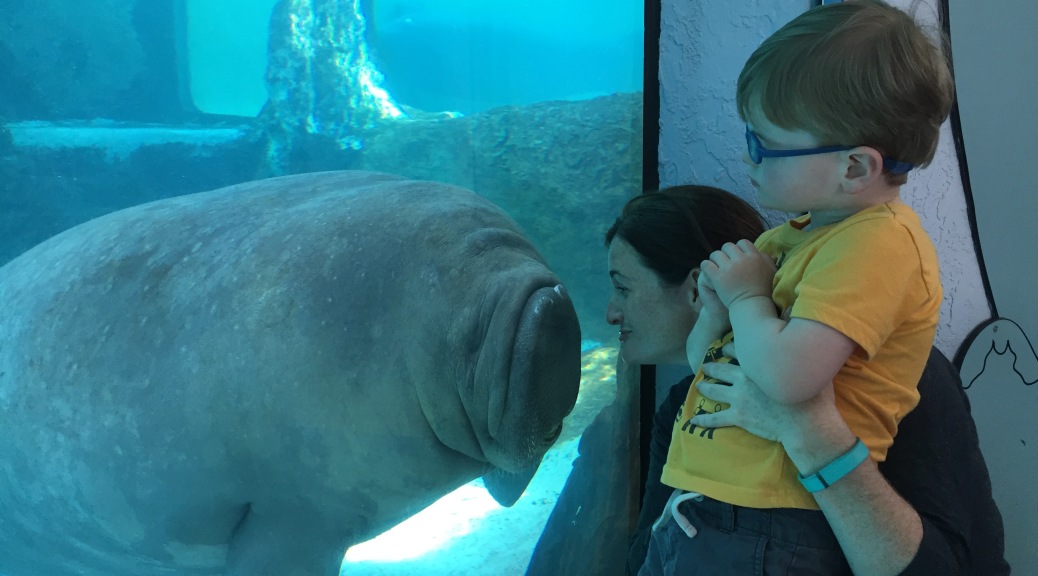 There are actually two major reasons I’ve been pretty quiet on the blog for the past year. 1. Burnout. I think I just hit a wall talking about TSC and I completely ran out of motivation. 2. Even when I did feel like posting I couldn’t talk about one of the most significant aspects of what was going on with Connor, which was that he was enrolled in an Epidiolex trial. I was not allowed to discuss it online while in the study.

I’m still dealing with intermittent motivation, but the other issue has been resolved.

Connor was fortunate to be included in an Epidolex trial last year by his neurologist. We were shocked to get in when so many were turned down. Epidiolex is manufactured by GW Pharma by extracting CBD from the cannabis plant. Unsurprisingly, this drug is pretty controversial in the cannabis world. Most people who are using medical marijuana or in the cannabis world are not thrilled with a pharmaceutical company getting involved. I completely understand this, feel similarly and get why this is problematic, nonetheless, obtaining regular cannabis in every state was/is an issue and we were accepted around the time some companies were finally able to use a federal hemp law to start shipping cannabis oil with THC levels under 1 percent. It was still the same stuff that used to be illegal; they were just able to get it reclassified as hemp rather than cannabis because of the low THC levels. Right after we started, Georgia finally passed an immunity law protecting people for having certain types of medical cannabis for certain conditions if your doctor would sign off and you registered for a card from the state.  So the timing was weird. All that time with nothing, and then both options fell into our laps at almost the same time. We decided to try Epidiolex as it would present no legal issues with travel and other logistics (and I know low THC oil under 1 percent is in a grey area and theoretically okay in any state, but for those of us in Nathan Deal country and other states run by people with heads up their asses, nothing is guaranteed. For example, we aren’t allowed to administer the oil in the hospital without the card).

It was utterly pathetic to learn just how many parents were ready to attack other parents for making the decision to enroll in studies. Parents that seemed to forget that not so long ago, pharmaceuticals were their only option, too. So for those of you that feel the incessant need in the various cannabis “support” groups to do nothing but viciously attack everyone who isn’t using the strain you approve of, you can seriously kiss my ass. There is a huge difference between explaining why you feel one type is preferable and making a parent who is just asking questions in order to learn feel like an idiot because you are on a power trip. At any rate, as you’ve likely guessed, we are no longer in the study.

The first five months were fantastic. We went from 2-3 seizures a day to up to 12 days seizure-free at a time. His cognitive skills improved, as did his physical skills. He learned how to use picture cards around the house to tell us what he wanted in a day. Unfortunately, we had to take most of them down after a few weeks when he began to take pleasure in making us jump just because he could. He went from using them effectively to thinking it was funny just to make us do stuff. He also started tackling hills on our walks like it was nobody’s business. Unfortunately, in mid-July, things went to hell. He was worse than he’d ever been and it wasn’t even that his typical seizures returned, so much as he seemed to be having a lot of subclinical activity and was a blob on the couch. He’d fall all the time and could barely walk. It was a nightmare 2.5 months. This contributed to my lack of motivation on this blog and I also fell off my other project, which I plan to get back to soon. Since I was still following many cannabis groups to see how people were using whole plant oils made in legal states, I came to the conclusion that his CBD dose was too high, and as soon as we lowered it, he began to improve. Things went okay for a couple more months, but when we lost control again, we decided to leave the trial and start Haleigh’s Hope, which we order from Colorado. It’s made by Jason Cranford of the Flowering Hope Foundation. We chose it because we know several people in Georgia having success with it, including Haleigh Cox for whom it is named.

Right off the bat with the switch, whatever subclinical activity might have been going on started getting better. He was walking again within a week. The situation was much improved from months of being so floppy he couldn’t function and going to school many days in his chair. Seizures in general have still been a bit of a roller coaster, though not to the degree that he’s unfunctional, but the issue we are having appears to be that since he just started school, he’s catching every germ that comes his way. The slightest sniffly nose means lots of seizures, usually starting days before symptoms even show up. It has been very frustrating. However, when we are able to keep him healthy for a couple weeks at a time, he does very well. Now that we are sliding into spring, I’m hoping things will even out and we will see sustained seizure reduction.

But can I just tell you about his eye contact? That has become phenomenal since starting HH. Sometimes I feel like he’s practically challenging me to a staring contest. After a couple months, it started to dawn on me that his stimming had decreased as well. 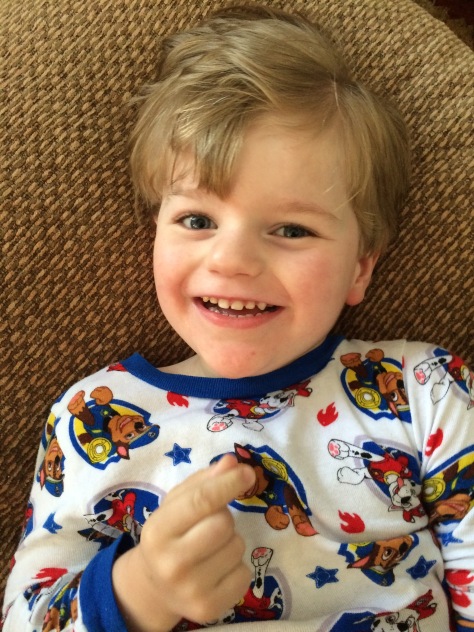 I have high hopes for the incoming warm weather.

I mentioned in my last post that just before I headed off to a blogging conference, Connor and Chris were getting sick. I returned home to Connor still exhibiting cold symptoms, and Chris the same. Though when Chris started having hot and cold flashes, I became suspicious that something else was at play. Connor slowly seemed to get worse and we celebrated his fourth birthday by having to give him two Diastat doses in one day, 12 hours apart for the first time ever. The next day he spiked a fever and had quit eating and drinking so we went to the ER where he was diagnosed with the flu. An IV perked him up to his old self so we went home, but he reverted the next day and we were admitted from Wednesday-Sunday. He developed pneumonia on top of the flu and almost ended up in ICU on Friday when he couldn’t keep his oxygen levels up. Thankfully, the next day he began to recover. 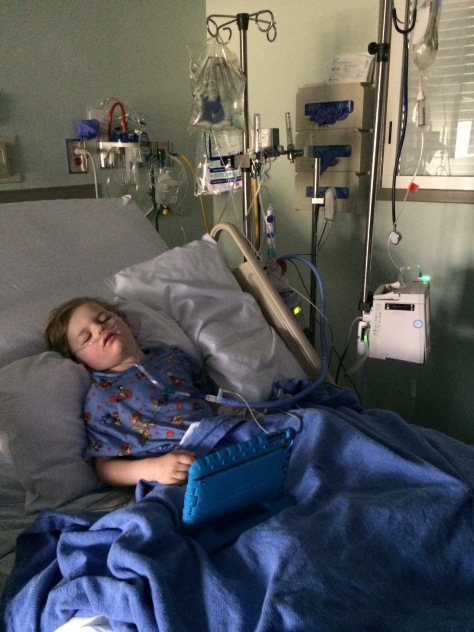 So here’s to hoping we can make it to and through summer vacation without any further drama!