I’ve been doing a terrible job of updating on Connor lately. This post on medical marijuana went viral a couple months ago, and then a few weeks ago, this post on Athens, Georgia was even bigger with more than 9k shares just on Facebook and 50k views. So if you have been wondering why I have been mostly absent from the blogosphere, it is because I was attempting to ride the wave of popularity for the rest of eternity. Also because I was being lazy. 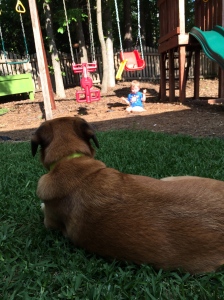 Connor’s been doing really well in spite of the fact that we’ve been seeing a few more breakthrough seizures on the modified Atkins diet. He took his first independent steps in the pool at aquatic therapy and about a week later, he was standing at the ottoman and suddenly marched away getting in a good 4-5 steps. I wish I had a recording of my reaction–looking up and rubbing my eyes thinking I was seeing things.

He is doing amazing at putting puzzle pieces in the correct spots and putting objects into containers. He has long had a love of destruction, but lacked any desire whatsoever for reconstruction. I’ve now seen him, in the course of two separate evaluations, doing a most spectacular job of putting things away, leading me to conclude that he has been keeping this skill under wraps so that he won’t have to assist in cleaning his playroom.

He found his music therapist’s wooden train whistle  quite enjoyable so my mom bought him one, which led to another milestone of bringing us objects in order to get a desired result. He drops that whistle in our laps and makes us blow it until we are dizzy. He has also started bringing us books and dropping them in our laps, then climbing on the couch next to us to hear them read. He’s awesomely relentless. Yesterday I was dozing off when he dropped Little Blue Truck on my stomach. When I didn’t respond immediately, he plopped it on my face.

It’s so great to watch his cognitive growth. Although he still has no words, he is understanding more and more. We can read books and he will point to objects on the page if we ask. We were working on a puzzle and were missing the lion. I was able to verbally instruct him how to go get it from under a piece of furniture in the room. He’s really into cars and trucks and I’ve noticed that he typically plays with two at a time, always choosing two that are similar in scale, which I find very interesting. I find it positive that he notices differences like that, as if he knows that a Mustang will never be larger than a fire truck! I was excited the other day when he was playing with his wooden hammer to push balls through the hole of the toy and, for the first time, when the ball came back out of the toy, he picked it up and put back on top to repeat the process.

We are dealing with a bit of separation anxiety. He does well when I drop him at Mother’s Morning Out, but phasing me out of the room at music therapy isn’t going so smoothly. Yesterday he had an OT evaluation and I watched through the mirror as he banged on the door to get out and find me. I hope he never notices how boring I actually am.

He’s still eating more pureed food than I would like, but every so often he surprises me by coming over and wanting to eat off my plate. We were late to aquatic therapy once because I was so overjoyed he wanted to share my salmon at lunch one day.

He had a one-hour EEG last week which showed improvement from the last one he had months before we started the diet. Results were still abnormal, which isn’t unusual for TSC. He had spikes coming from a couple of places that have shown activity before, but his left occipital lobe was quiet in contrast to his last EEG. Also, there was no subclinical seizure activity this time around. 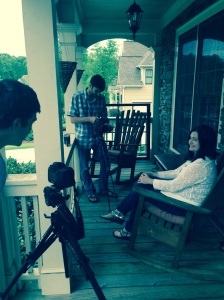 Several of the families that worked to try and pass HB 885 here in Georgia have been interviewed for a documentary on the efforts to pass the medical marijuana bill. The filmmakers also recently traveled to Colorado to meet with families that have relocated there to treat their kids. I don’t know if my portion will make the cut, as undoubtedly someone else will voice similar concerns much more eloquently, but I enjoyed the process.

In the meantime, two more Georgia families I met during the legislative session are getting ready to make the move out west to save their kids from unrelenting seizures. The three Georgia families I know that are already there are already experiencing tremendous results. Rep. Allen Peake, champion of HB 885, has started a non-profit called Journey of Hope to help these families get the funds to go. Personally, I hope Sen. Renee Unterman has donated considering she played a pivotal role in killing HB 885 and devastated so many families to tears. I look forward to the 2015 legislative session, though I probably won’t waste much time on my own state senator, Judson Hill, this time around due to this

Since we bought a zoo membership this year, I will leave you with some pics from our two trips so far this season. 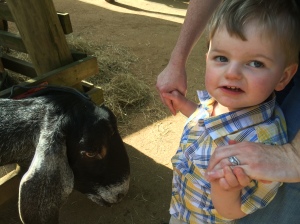 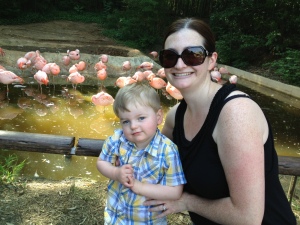 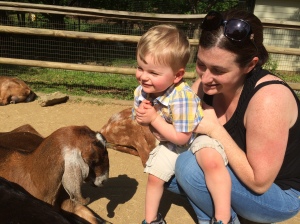 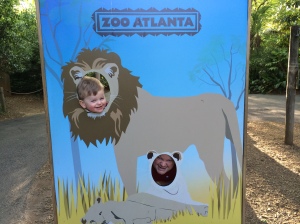 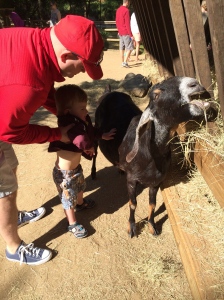 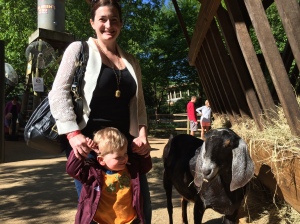