I’ve been combing the Internet for an indoor swing for Connor now that winter is settling in. It has actually been in the 40s here in Georgia, otherwise known as “Oh My God I’m Gonna Freeze To Death Like The Original Pilgrim Settlers” weather here in the south. At least we have Chick-Fil-A and Waffle House so we won’t starve. His spurt in motor skills was well-timed right before the part of the year where I climb underneath 12 blankets and don’t get off the couch for five months.

His newfound independence reminds me of the Terminator films. Everyone was all, woo hoo! Skynet! Oops. Apocalypse. You see, Connor, too, has become self aware and he will soon be on an unstoppable path of destruction.

But apparently an indoor swing is not attainable for a reasonable price once you factor in the cost of hardware SOLD SEPARATELY. ALWAYS. SOLD. SEPARATELY. Everything I need is solely manufactured for kids under 25 lbs.

On my fruitless quest I was reminded why I hate home design blogs. 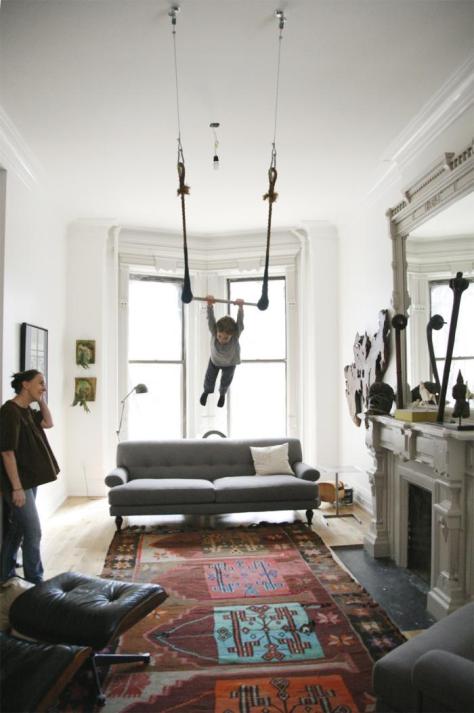 Yeah. Let’s install a trapeze in the living room. This is modified from my initial reaction which involved some four letter words. I became intrigued…what other impractical and deadly joys are out there that I’m ruining Connor’s life by not providing?

Okay. This is a cute use of space and it’s apparently really the boys’ bedroom. So this is actually a lesson in parenting. It is apparently possible to have an elevated surface, two kids and no homicide attempts. I only have one kid so I can’t speak as a parent, but I can speak as a sister, and I SOOOOO would have pushed my brother off that on a daily basis. And I would have gotten away with it, too. Just like the time I gave him a bloody nose and claimed I was trying to stop him from running into the street. He wasn’t.

This is hailed as a “vibrant and lively” kid’s bedroom:

I agree. If your kid is Don Draper. 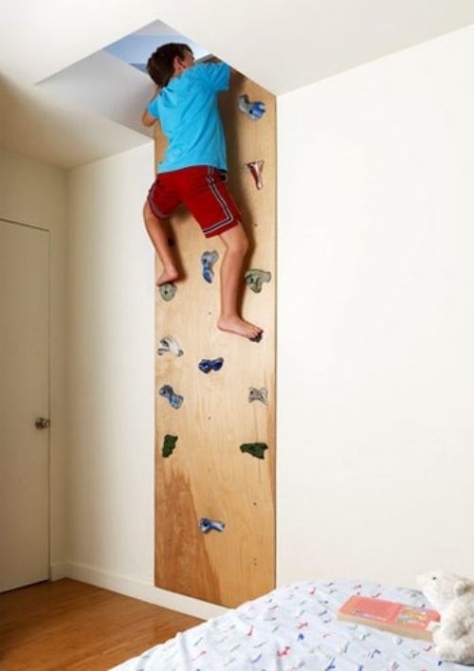 Just the other day I was telling Chris we need a little more excitement in our lives in the form of trips to the ER.

Seven years I spent yelling at students to get down when they were climbing on things they shouldn’t. Could have saved my breath since apparently parents are indifferent to broken limbs.

Again, words fail me. I assume Johnny Depp himself comes to install it with the $60,000 price tag? 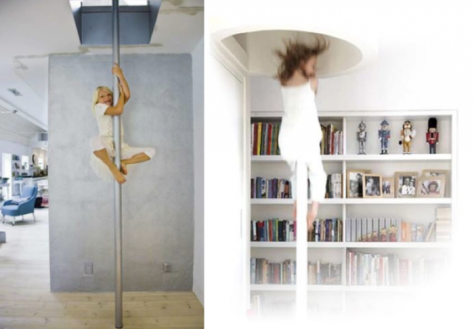 Sing with me! The best part of waaaaaking up, is dying an untimely death after getting your foot stuck in a drawer! 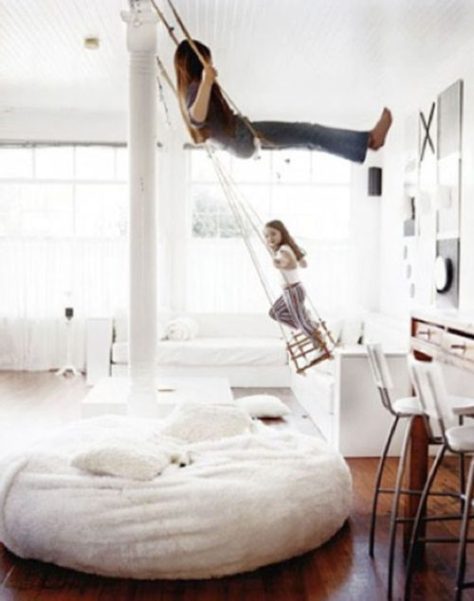 This one’s pretty cool, I just think it was stupid to do the room in white. Getting your kid’s blood out is going to be a b****. 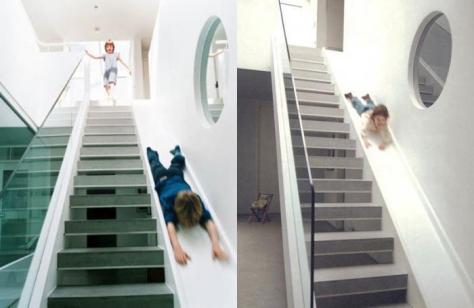 Spinal cords are overrated. Besides that’s why we keep prisoner clones in the basement. 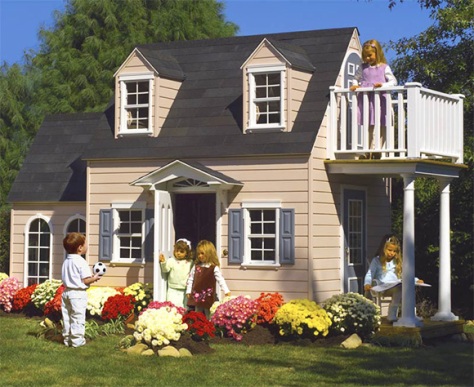 Most of the people who buy this playhouse end up living in it. But the kids get the master.

4 thoughts on “I don’t want to kill my kid, I’m just really fashionable.”