Our story with Tuberous Sclerosis begins on February 27, 2010.  Bailey Rae – the baby girl her Dad, I, and older sisters had been waiting for, had finally arrived!  Three weeks early, and full of surprises yet to come!  The first four months of Bailey’s life were exactly what you would expect from a newborn.  We were adjusting to having a baby in the house for the first time in six years.  For the most part our older daughters, Brooke and Alli, adjusted well.

When Bailey was around three months old, I started noticing some jerking movements that didn’t seem quite right.  I talked to my husband about it, and even pointed out the movements several times to him.  I described it to my Mom that Bailey seemed to have the “startle reflex” a lot more than her sisters ever did.  At her four month check-up I mentioned my concerns to her doctor.  If the movements continued, or seemed more frequent, he said we might consider having an EEG done, just to be safe.  That very afternoon, several hours after her appointment, Bailey started jumping in my arms, just as my husband walked in the house.  We packed our bags, and headed to Children’s Hospital of Denver.

After explaining our concerns to the doctors, Bailey was hooked up for an EEG for the first time.  She was poked from head to toe, had ultrasounds, an MRI, EKG, and an ECG.  I’m sure I’m forgetting some of the tests, but it was all so overwhelming to us. Looking back on it now, some of the details seem a little blurry.

June 29, 2010 Bailey was diagnosed with Tuberous Sclerosis.  The little jerking movements were infantile spasms.  Our world was turned upside down.

The perfect little girl that was loved and adored was now fighting some terrible disease that we had never even heard of.  White spots on her skin were explained.  Her team of doctors wheeled in a monitor with her MRI pictures, and her tubers were pointed out to her Dad and me.  Her neurologist explained that TS is different for every person, therefore they couldn’t really tell us how Bailey would be affected now or in the future.  She may not talk, she may not develop fine motor skills, she may not walk, she may not be able to feed herself; I cried.  That’s the one thing I remember doing.  I cried for my baby and all the things I wanted for her in life that she might not ever have.

Bailey started taking Vigabatrin on July 5, 2010, and she didn’t have another infantile spasm.  It seems like we were making trips to Denver on a constant basis.  Bailey began occupational therapy, and continued to meet all of her age appropriate milestones.  All the things I took for granted with her sisters were celebrated by our entire family – rolling over for the first time, her first steps, and then her first words!

On February 24, 2011 Bailey had a febrile seizure and was flown to Denver.  Her doctors thought it was best for her to stop Vigabatrin and begin taking Keppra.  She is still taking Keppra today.  We tried weaning, but had a break through seizure, once again caused by a fever, and decided to keep her on the Keppra.

Our family has been so blessed.  Some people think I’m crazy to say that, after all we have been through with Bailey.  Our friends see her as a bubbly, active, ornery, typical four-year-old.  I truly feel that God sent Bailey to us for a reason. Bailey makes us smile every day.  Next year will be a big change in our lives, as she will begin preschool.  We don’t know what the future will hold for Bailey, but we don’t know what the future will hold for any of us.  A friend of mine gave me a frame that says “Live By Faith One Day At  A Time.”  That is what we do.  We love each other.  We take care of each other.  We appreciate all that life offers us, and we thank God every day that he gives us with Bailey.

“May God give you…For every storm a rainbow, for every tear a smile, for every care a promise and a blessing in each trial.  For every problem life sends, a faithful friend to share, for every sigh a sweet song and an answer for each prayer.” –Irish Blessing- 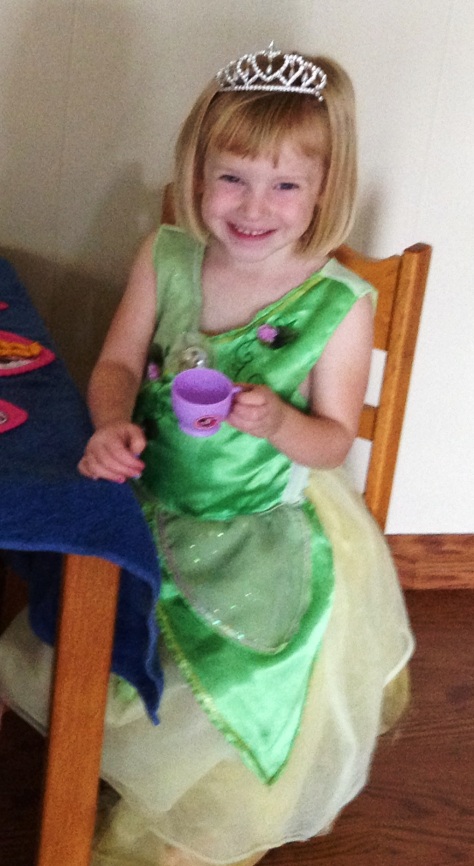