Connor has aged out of early intervention and will go into the school system where he can attend a special needs pre-school. You know what that means! Paperwork! Like this transition isn’t hard enough. Not only is it less time with my baby, but do you know how early schools start?! I’m gonna let you in on a little secret. Connor is a great sleeper. When he wakes up during the night, he typically entertains himself until he falls back to sleep. For this reason I have been able to consistently sleep until 8 every morning (arising even then only because of the necessity of meds) while your toddlers were screaming for whiny Caillou by 6:30. I can’t believe I have to give this up.

At any rate, I’m sitting here filling out ratings scales on my kid. But sometimes

1 for just a little true/Occasionally

2 for pretty much true/often/quite a bit

just isn’t sufficient to answer the question. So I will instead provide short answer responses to the questions that I think need further explanation.

Is odd or unusual. Well ya’ll just jumped right in there didn’t you? What does that mean? Define odd or unusual. My son is not the typical three-year-old thanks to tuberous sclerosis complex, epilepsy and ASD, but odd or unusual? He loves trucks, books and puzzles. Not odd or unusual. Has been able to listen to All About that Bass more than 1,087 times without getting sick of it or trying to throw himself out of the car window. Very odd and unusual.

Gets invited to parties or playdates. He’s three. This question is clearly about me and my social skills. Three-year-old social lives  are very dependent on whether mommy can put up a front that she’s sane in front of other people. And whether my friends provide alcoholic beverages at kiddie functions.

Acts before thinking. He’s three. I’m 34 and still trying to master this. I almost punched a girl in Kroger just because she mentioned attending an Ariana Grande concert while blocking my path to the Gerber Graduates.

Is perfect in every way. Ooooh, you’re testing me again!

Behaves like an angel. So basically this questionnaire is fodder to talk shit about me in the teacher’s lounge.

Has trouble keeping friends. Well if his toddler buddies would stop taking HIS toys it would really bridge a gap. Or if he’d stop taking theirs. Or if the kid in the therapy waiting room wasn’t looking at HIS fish in HIS tank he wouldn’t have needed to push his head away.

Is happy for others when something good happens to them. Well he doesn’t understand abstract ideas, only what he can see in front of his face. I’m sure if he understood graduations and promotions he’d be delighted for the recipients, but as of now, he’d much rather see you fall down or sneeze. But now that you mention it, he was pretty damn indifferent when I crushed his Daddy at Trivia Crack.

The scary thing is that I think Connor fares better on this scale than I do.

I’ve been informed that the way I eat candy bars is odd and unusual. (In sections, I eat off the surrounding chocolate and then eat the center).

Most of the stuff I get invited to these days is kid-related.

I probably should have thought to put a mug under the Keurig before turning it on.

The friends have been fading away. As much my fault as theirs. It’s not something I want, I just don’t have the energy to force myself out sometimes.. Have I been telling you we should meet for a drink? I actually mean it, I just need a kick in the butt. Relationships change. Sometimes when the gulf opens, I don’t know how to cross it.

Sometimes I’m happy for others. Other times I want you to admit you gave your kid a banana that wasn’t really organic. Or that your child didn’t recite Pi to the 1,000th place at 18 months.

But I am a perfect angel. So I guess that’s something. 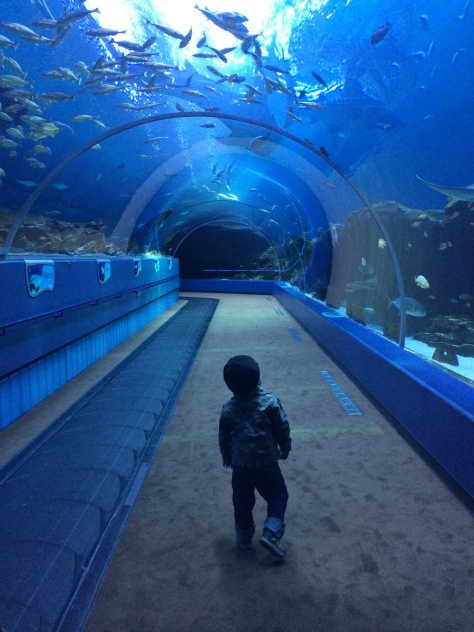 That face you make when it becomes official that you’re stuck with your womb gremlin until at least August.
No, Connor, we are not at that stage of the quarantine yet.
“It is what it is.” -the girls across the street