We’ve been waiting months for confirmation that Connor can take part in a compassionate use trial for Epidiolex. His doctor was on board, but had to submit paperwork and jump hurdles due to the absurd schedule 1 classification by the DEA. Epidiolex is a marijuana-derived pharmaceutical. It contains CBD, and no THC. As we are still fighting for medical cannabis legislation here in Georgia, Chris and I desperately wanted this legal opportunity for Connor.

I actually cried when I got the confirmation. I had no idea how much of a weight this was on my shoulders until that moment because I hardly ever cry anymore. People who have known me for a long time might think, yeah right. I used to be Queen Crybaby, crying over the stupidest little things all the time. But now, on the rare occasions I do cry, it is still over something stupid — like the death of a favorite character on Walking Dead (and unlike some people who like to spoil things instantaneously on Facebook, I STILL won’t name names here for those who are playing catch up on Netflix–oops, veered off on a pet peeve tangent. Suffice to say, the instant someone croaks, you don’t need to flippin’ post it). But I never cry over important things that I probably should. Sometimes it kind of weirds me out and I wonder if something is wrong with me. At any rate, I knew tears were a sign of how important this is to me. As you can see, I may not be able to display emotion when it comes to Connor and TSC, but I’ll sob and punch you in the face over The Walking Dead.

Epidiolex trials are exceptionally difficult to get into, and I don’t know how we got so lucky. I know so many who have tried and haven’t been accepted. This also doesn’t change the need for legislation. Epidiolex is one formulation. It is not the same thing that kids like Charlotte Figi or Haleigh Cox are using out in Colorado. They are on whole plant strains of high-CBD, low-THC oils called Charlotte’s Web and Haleigh’s Hope. Some kids are benefitting from THCa. Others are supplementing with THC when the ratios in the oils don’t hit the spot for seizure control. And it will still be years before Epidiolex is available to the general public. What I’m saying is, Epidiolex isn’t one size fits all. But we hope it will fit Connor.

We aren’t sure on the start date yet. Before he can receive his first dose, he’s required to have a screening appointment. Being the holidays, the next available appointment isn’t until Jan. 6. I was rather dismayed by that as you must keep track of the seizures for a month after that appointment, and that meant he can’t start the med until February. But he happens to have a follow up appointment on the calendar already in early December. The study coordinator is looking into whether that slot will allow enough time for the screening. That would put him on the med by early January. Fingers crossed it’s sooner rather than later. 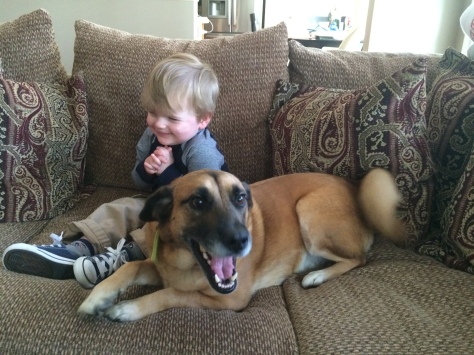 2 thoughts on “Connor gets to join an Epidiolex trial!”